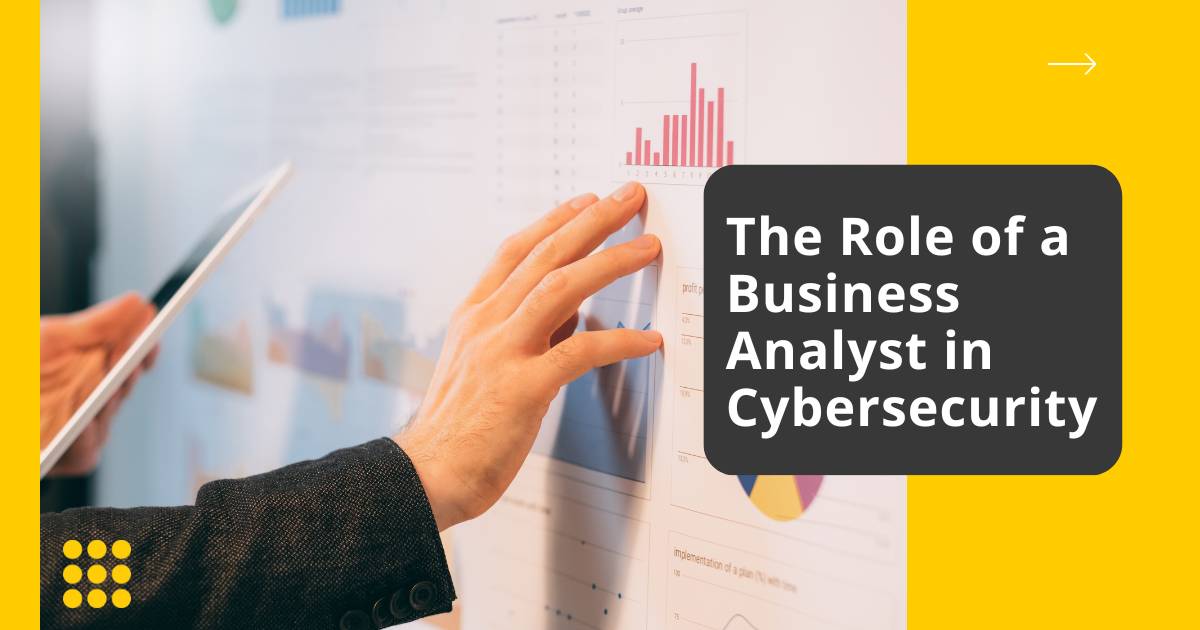 Data breaches are on the rise in 2021 and Covid-19 isn’t deterring cybercriminals. In the United States, the FBI reported a 300-400% increase in cybercrime during the pandemic. Estimations indicate cybercrime will cost the global economy over $6 trillion in 2021.

These are only occurrences that were made public, but who knows how many other breaches took place. That’s why we’re looking at the role of a business analyst in cybersecurity to investigate how to prevent breaches.

How does this impact the Business Analyst?

The Business Analyst elicits the requirements from the client, analyses the existing process, and defines the to-be process. They also define the requirements document which eventually becomes the basis of the solution.

Additionally, as any Business Analyst has experienced, they act as the custodian of the relationship between business and IT. As they gather requirements from the business, they’ll work with the development team to translate those requirements into a technical specification.

This puts the Business Analyst in a key position to bring security awareness to projects/initiatives right from the very beginning.

The Role of a Business Analyst in Cybersecurity

When considering how this impacts Business Analysts, the onus is on us to educate ourselves, even at a high level, about cybersecurity. There is a slew of resources online to get you up to speed like documents, webinars, courses, and videos most of which are free. However, if you’re looking to spend some money the International Institute of Business Analysts (IIBA) has started introducing specializations. They’ve partnered up with the IEEE Computer Society to create a cybersecurity specialization.

From a practical standpoint, I realize that the learning curve might be too great for non-technical Business Analysts to grasp all the concepts in the cybersecurity space. I’ve been thinking of something that anyone can perform to bring security awareness to a project namely threat modelling by facilitating discussions among their technical teams.

Threat modelling can be an easy and fun exercise anyone or a team can perform. I’ve recently started reading a book Threat Modeling Designing for Security written by Adam Shostack a former program manager at Microsoft and threat modelling expert. The book describes a four-step process for threat modelling:

Let’s assume you’ve reached a point in your project where you have the model of the proposed solution or system which you’ve drawn on a whiteboard during a meeting with your technical team. Additionally, you even have a cybersecurity expert you can leverage.

We have a front-end, hosted on a web server, which communicates with an API (might have some business logic inside it) and which writes to a database.

As a foundation familiarise yourself with STRIDE. STRIDE is a mnemonic and model developed by Praerit Garg and Lauren Kohnfelder at Microsoft for identifying computer security threats:

There are many other models that you can use but I find STRIDE to be the most useful.

In the book, Adam Shoshack uses a card game called Elevation of Privilege which you can play with your development team. I’m not going to delve into that for this example, however, you can find the card game here. You can also find instructions to play it remotely here.

Back to your diagram, with your technical team brainstorm how STRIDE fits into your model. Additionally, try and identify as many feasible threats as you can.

There are a handful of actions you take namely:

During the session, you’d ideally want to go to a granular level but for this example, I’ll keep it basic. Perhaps during your session, the technical team identifies the below threats fit into the model and add some strategies they can use to address the threats:

Now that you’ve listed all the possible threats and mitigation strategies go through it again and make sure you haven’t missed anything or whether the threats are feasible.

Validation shouldn’t be a once-off process though. New threats are introduced on a daily basis as technology advances. To be honest, cybersecurity specialists are only playing catch up with cybercriminals in this day and age. Ideally, you’d want to review your systems on a regular basis and this might not fall in the scope of the Business Analysts but as a BA you’ve already provided your team with a good foundation.

How Integrove can help you

At Integrove we take cybersecurity seriously, which echoes throughout our service stack. While we’re helping you uncover and deliver value to your business, we’ll ensure that it’s done with security in mind. Contact us today to find out how we can help you.